One of the largest Catamaran Fleets ever to sail at Restronguet Sailing Club took to the water over the weekend to compete for the Dart 18 South West Championship.   RSC was the first sailing club to adopt a class of these boats and was the venue for their first National Championships in 1976, were delighted to be chosen as a location for the event.
A sociable get together in the Windsport boat park on Friday evening saw many competitors meet with sailors from all over the UK and set the scene for a great weekend on and off the water.  We even laid on Pre event Coaching for a limited number of sailors who were looking to improve their skill and knowledge before the weekend
Saturday dawned with almost perfect racing conditions for the 26 crews saw an organised start to the first three of six challenging and tactical races programmed for the weekend. 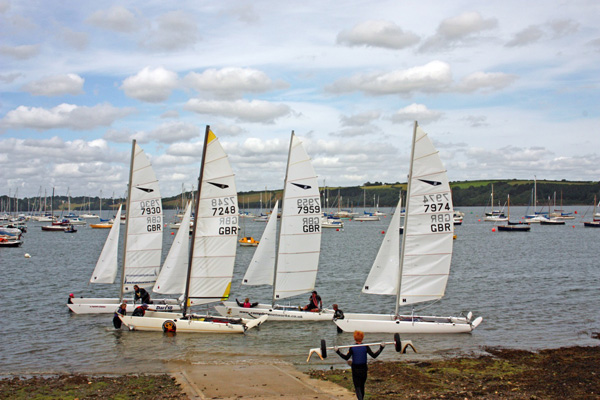 With the first three races completed almost everyone enjoyed a brilliant themes Beach Party and Barbecue with some rocking live music from the Night Tickers well into the evening. 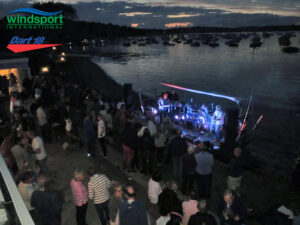 It certainly put everyone in a good mood for the final 3 races on Sunday.

Under the watchful eyes of the Experienced RSC Race team on the water and ably assisted on the shore by the Windsport Support team and helpers, all the sailors enjoyed some of the best racing the Carrick Roads could have provided.   With well laid courses, bright sunshine and a perfect north westerly wind direction the racing challenged everyone across the fleet to make use of the perfect combination of fluctuating wind strengths and some tactical wind shifts as well.
With 9 boats representing the resurgent Dart 18 Restronguet Sailing club fleet and 5 boats from North Devon  there was a good turnout from the south west but some crews had travelled up to 450 miles to enjoy the location that has helped create some of the best UK dinghy sailors.
The best place local crew of Wyl Menmuir and Anthony James fought hard to attain 5th place overall with some consistent top 10 places – Only two places behind husband and wife Dan and Amy Teubert from Restronguet also sailed exceptionally well in their first large regatta to take 7th place.
In the end the experienced sailors who had travelled from as far as Bridlington in Yorkshire and Netley, near Southampton, showed they could both read the local conditions and Matt graciously accepted his first prize and thanked both the Restronguet Sailing Club team for all their efforts and the adjoining Windsport Centre for laying on their infrastructure & excellent boat parking that ensured this  successful event will become a regular fixture on the Sailing calendar. 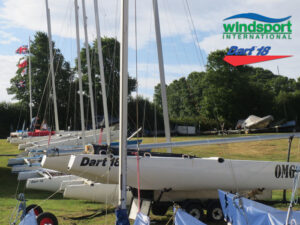 Plenty of space for all the boats 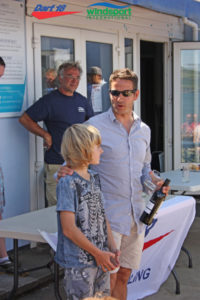 Event Photos on our Facebook Page Please like us and if anyone wants Hi Res copies please email us.